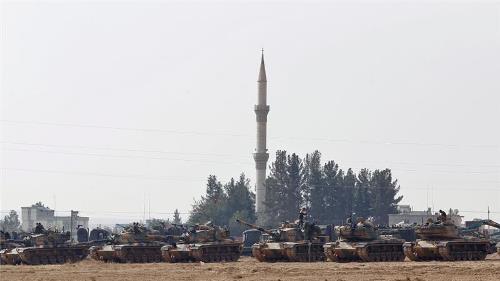 Reports suggest at least 20 tanks, trucks and other armoured vehicles crossed the border near the Turkish village of Cobanbey, which lies across from the Syrian village of Al-Rai.

State media said troops were providing support to Syrian opposition fighters in al-Rai, after ridding northern villages of extremists in its intervention.

Sunak and Truss into final race for Tory leadership