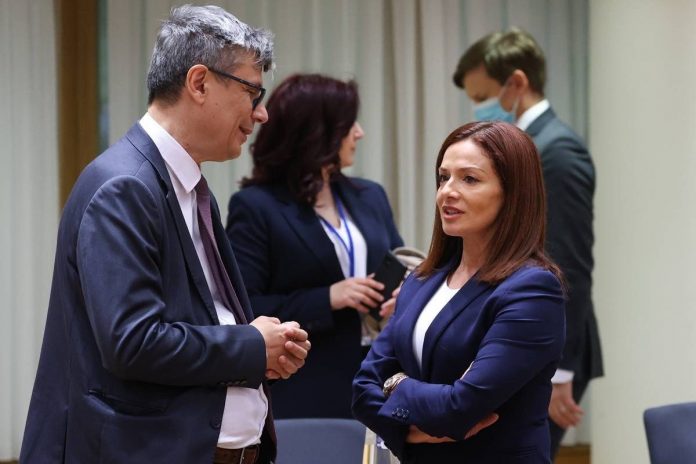 The European Union’s energy ministers convened in Brussels for an urgent  Energy Council to discuss the energy situation in the context of the ongoing war between Russia and Ukraine and the impact on the energy sector.

The ministers discussed the EU’s level of preparedness in the event of a supply crisis, the solidarity measures and availability of instruments at EU level should the need arise.

Minister for the Environment, Energy and Enterprise Miriam Dalli called on the European Commission to ensure security of supply to all. She insisted that this should be done in particular for islands not connected with the European grid. Minister Dalli urged that  when the provision of electricity is at danger, solidarity should be shown with everyone without any distinction.

The ongoing Russia-Ukraine war is having a direct impact on energy supplies and prices.

Minister Miriam Dalli explained that Malta was being adversely affected by high wholesale electricity prices, that are being imported from Italy. The minister stated that, in view of the situation in the international sphere, it was now more important than ever that all member states are connected to the European grid for their electricity provision, including gas supplies, and eventually hydrogen.

“Malta’s geography makes the energy impacts more pronounced and challenging to address. The energy market disruptions are affecting freight costs, thereby leading to higher prices and inflationary pressures. Exacerbating the issue further is the lack of choice of transport modes for Malta’s businesses, where all raw materials have to be imported”, said Minister Dalli.

Malta supports a coordinated approach in these particular circumstances, however, member states should be allowed a degree of flexibility to act in a manner that best addresses their particular needs.

The minister also highlighted the importance of scaling up investments in renewable energies and strongly urged the European Commission to channel funding to offshore renewable technology, particularly in the Mediterranean and hydrogen-ready infrastructures.