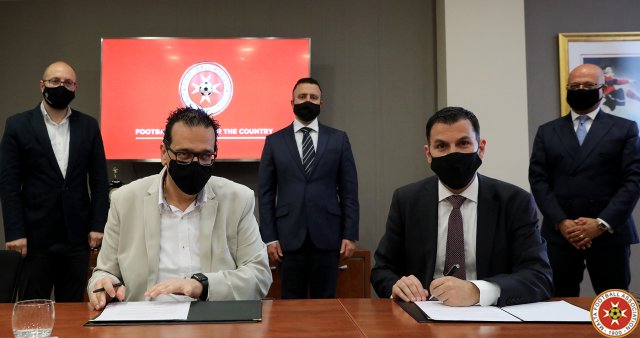 The Malta Football Association today signed a Memorandum of Understanding with the Cleansing and Maintenance Division (CMD) with the aim to establish a mutual working relationship for the next three years regarding the upkeep of the Malta FA precincts at Ta’ Qali.

The CMD is the national entity responsible for the cleansing and up keep of the environment and assists various entities and local councils in this sector.

The agreement was signed this morning at the Malta FA offices in the presence of Minister for Tourism Hon. Clayton Bartolo, Parliamentary Secretary for Consumer Protection Hon. Deo Debattista, and Mr Ramon Deguara, Director General of the Cleansing and Maintenance Division.

Malta FA President Bjorn Vassallo stressed that any support from the government helps the Association achieve its objectives, in line with its strategy.

“The Association appreciates every bit of help, even that which may not be directly visible on the pitch”, said Vassallo. In the end, every cost saved is reinvested in the game, at all levels.

Parliamentary Secretary Deo Debattista acknowledged the new approach the Football Association has embarked on towards the implementation of its vision. He also spoke highly of the recent performances of the National Team: “It’s a welcome change of attitude, we are a small country but the winning mentality injected recently into our players is to be applauded”, he said.

Minister Clayton Bartolo welcomed this initiative and described it as a clear indication that sport features prominently in all areas of government.

“Clearly, sports tourism is an area that we are seeking to grow further. This is not the time for mass tourism but for more targeted and higher-quality tourism that adds value”, the Minister said.

“Sports is a lifestyle and I value its importance at all levels. We must also work harder to be more competitive, and as a country attract more investment through this valuable niche”.

Minister Bartolo also showed his appreciation towards the recent performances of the National Team, and promised that government will remain supportive of the Association and its ongoing and future projects. 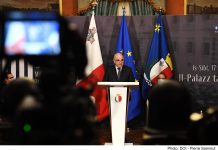 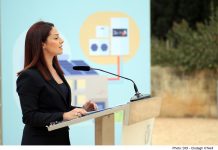 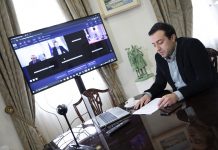