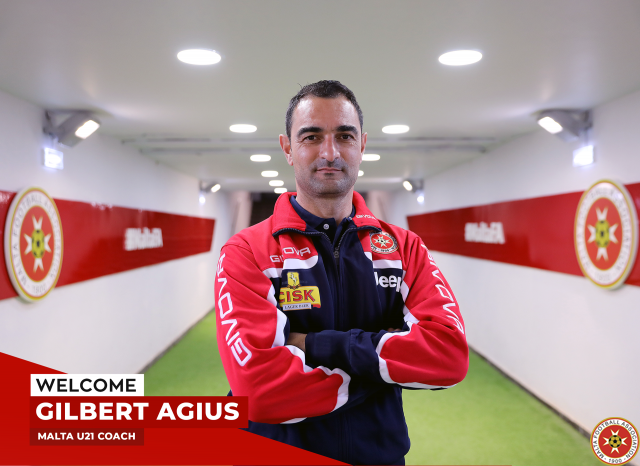 Gilbert Agius has started his job as Malta Under-21 coach, taking over from long-serving coach Silvio Vella who has been appointed Head of the Regional Hubs project. Agius, who holds a UEFA PRO Licence, is looking forward to the challenge of leading the Malta Under-21 after spending his entire coaching career at club level so far, serving as both coach and assistant coach of Premier League club Valletta FC.

“Being part of the national team coaching set-up is a prestigious honour, this is how I look at it,” Agius told www.mfa.com.mt. “I’m coming from a long spell working at club level and in an environment where your team is routinely playing one, nowadays even two, matches weekly. But to work in a professional manner in such a large sector where one can widen the knowledge of the game, meet new people and enjoy new experiences is something I’m looking forward to. My philosophy is always to learn and grow at a professional and personal level. This challenge will open new doors and opportunities and the footballing experience will be different to what I have had in the last 30 years.”

Agius, who recently turned 47, has enjoyed a brilliant career both at club level, winning several team and individual honours, and also with the national team, making a total of 120 appearances and scoring eight goals in the process.

“I treasure the experiences I enjoyed from a very young age, from the first games I played with the national teams,” Agius said. “They were nice experiences, although there were also many others we learned from at every level. Of course, certain games, in different age-groups, are more memorable than others, but all matches were important for me to progress in my football career as well to enhance my experience.”

Agius is a role model for young Maltese footballers who harbour ambitions of emulating his achievements at club and international level. Prospective members of the Malta Under-21 squad now have the opportunity to learn from him but Agius, known for his humility, is also keen to learn from them.

“I also hope to learn from the young players,” Agius said. “Needless to say that I’m very eager to guide them and share my experiences because, as everyone knows, I’m a very open person, always prepared to help those who wish to learn from me, but, as I said, I believe that they can also help me learn more.

“Players who aspire to make the step-up to the national senior squad – and they will be selected because they have the potential to achieve this – can ask whatever they wish and I will be an open book so that they can learn from my experiences.”

The newly-appointed Malta Under-21 coach spoke positively about the technical projects set out in the Malta FA strategy 2020-24.

“In the Malta FA strategy that was launched recently, there are short-term and long-term projects,” Agius said.

“These include plans to boost the technical development of young players, the creation of the regional hubs and the introduction of a unified footballing philosophy for the national teams at all levels.

“These are all good and interesting projects which, I hope, will reap the desired benefits in the coming years. That said, we must be patient as it will take some time. However, I believe that, if everyone follows the aims of this strategy, it will have a positive impact in the short term while in the long term I hope to see more boys and girls fulfil their footballing potential.”

The Malta Under-21 has been drawn in Group C of the 2021-23 UEFA Under-21 Championship qualifiers, starting off in September with a home match against Northern Ireland. The other teams in the group are heavyweights Spain, Russia, Slovakia and Lithuania. It is a difficult group for Malta but Agius stressed that the overriding objective is to give our young players more experience at international level to prepare them for senior football.

“The qualifying groups are always difficult,” Agius said. “Our main objective, also in line with the Association’s strategy, is to teach, train and hone the abilities of these youngsters to prepare them as best as we can for the senior A team. The principles are to play with the same system and the same philosophy proposed by the Head Coach, Mr Devis Mangia.

“Naturally, results are important as they help one to build more confidence and belief in the project, but the main target of the Under-21 is to guide and give our young players experiences at international level to prepare them for the senior national team.”

Certainly, the promotion of several young players to the senior squad in the last UEFA Nations League group campaign, including up-and-coming talents like Paul Mbong, Shaun Dimech and Alex Satariano, is a source of motivation and encouragement for Agius and the players who will be part of the Agius’s Under-21 squads.

“It encourages not only me but particularly the young players who should look at this as an incentive and also as a main target,” Agius said. “They know that there are young players who have already been called up to the senior squad, even at a very young age, and we have seen in the recent UEFA Nations League campaign that our national team produced positive performances and obtained good results.” 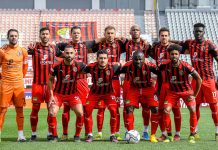 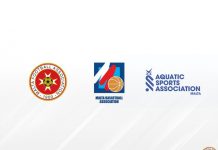 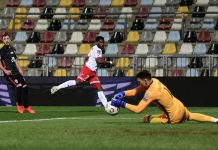 Floriana host CFR Cluj of Romania in the first qualifying round...