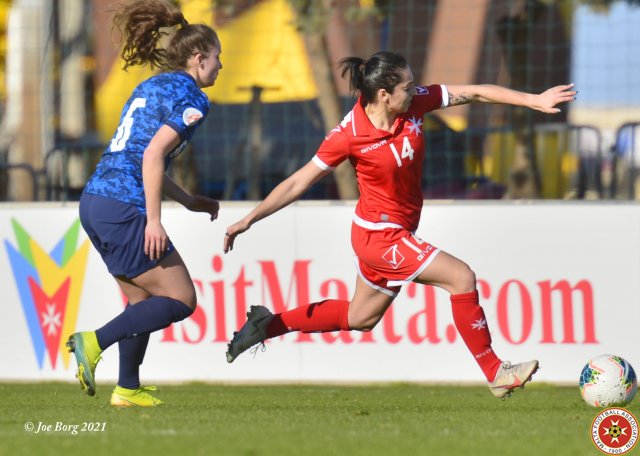 A stern test awaits the Malta women’s national team when they face Sweden in their second and final game from the VisitMalta Women’s Trophy today at the Hibernians Stadium (kick-off: 2.30pm). In the second and final match tomorrow, Austria meet Slovakia at 6.30pm.

Malta opened their commitments with a 4-0 defeat at the hands of a much-improved Slovakia, ranked 45 in the world. Mark Gatt’s side, who jumped to 85th place in the latest FIFA Rankings, have had their preparations hampered with several absentees for this tournament. In fact, Gatt has not been able to rely on Haley Bugeja, Dorianne Theuma, Maya Lucia and Ylenia Carabott. In addition, Emma Lipman and Jade Flask are also sidelined with injuries.

“Given that we have a number of absent players, this tournament has served as a platform for the fringe players to be part of the senior set-up for an international tournament and gain experience on a daily basis, both on the training field and on matchdays,” coach Gatt told this website. “Our aim is to build a more competitive squad over the next two years when we will be taking part in the World Cup qualifiers.

“We will be facing teams of this level and, although we would have liked to meet these teams at our best, it is still a learning curve for us.”

For Gatt, this will be his 50th game in charge since taking over in 2015 and it will surely be a tough one as Sweden are one of the best women’s teams in the world. “It will be a very tough challenge but we will try our best of course,” Gatt explained.

“We will strive to remain compact in our game and while we are realistic about our chances, we are looking to gain some positives from this game as well. I am convinced that my team will put on a solid performance.”

Sweden have a long tradition in the women’s game. They have been successful at club and international level, inspiring girls in football all over the world. The Scandinavians, who have qualified for the UEFA Women’s Euro 2022, enjoyed a very positive 2019 FIFA Women’s World Cup campaign, finishing third. In the process, they defeated favourites Germany in the quarter-finals for their first win over the Germans in 24 years. Previously, Sweden were silver medallists at the Rio 2016 Games as they look to go one step further in next summer’s Olympics in Tokyo.

Ranked fifth in the FIFA Rankings, Sweden highlighted their superiority in their opening game of this tournament, outclassing Austria 6-1.

Captained by Caroline Seger, who is four games away from the all-time appearances record, Sweden have a host of famous players including Juventus duo Linda Sembrant and Lina Hurtig, who both scored against Austria. Moreover, Real Madrid’s Sofia Jakobsson also scored against Austria with club-mate Kosovare Asllani expected to feature against Malta after skipping the opening game as she is recovering from injury. Against Austria, coach Peter Gerhadsson handed a debut to Johanna Rytting Kaneyrd and Josefine Rybrink as well.

The winner of the VisitMalta Women’s Trophy will be the team with the highest number of points based on the following criteria:

Three points for a win and one for a draw plus an additional point is awarded for each goal scored. The objective is to encourage more attacking football. 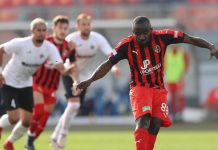